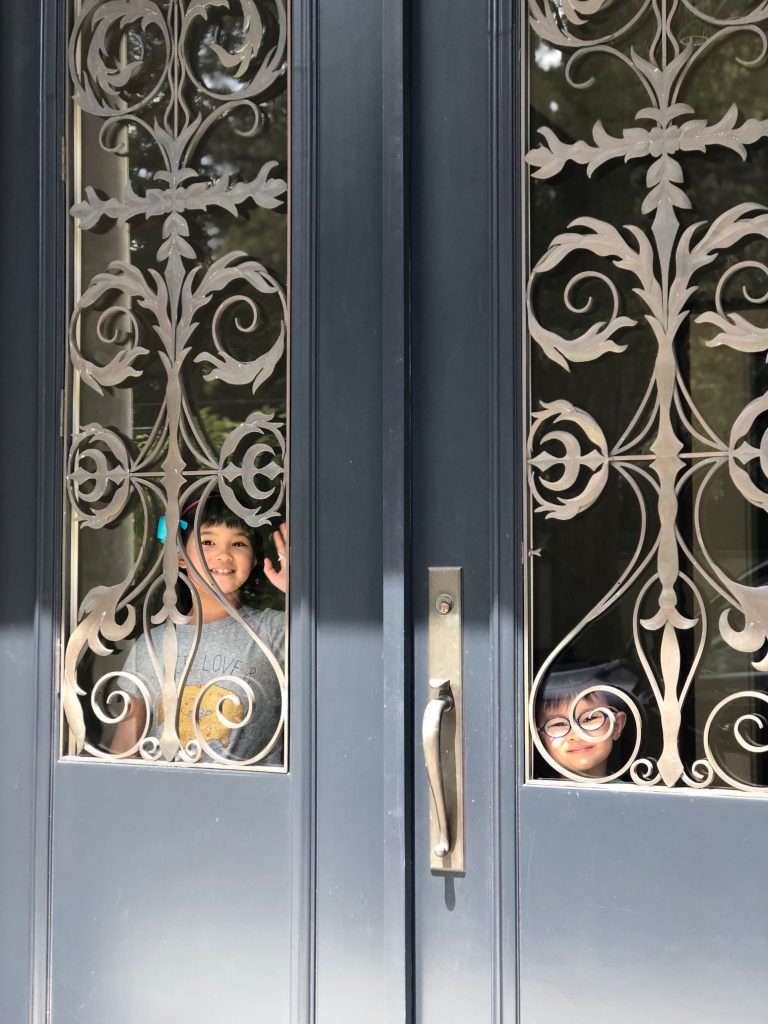 Saying goodbye to these two as we head out for a long weekend without them.

I was able to plan a long getaway weekend with my husband and it was so hard to figure out what we would do for 3 nights 3 days because there are so many things we want to do. The first time we did a getaway was for one night and one day and that was SO amazing and we understood how great it was to have us time.

There were so many choices and so many places we want to stay at but we had to make sure we are not too far away in case of the kids and since Milo was at his first away camp we wanted to be close to him as well. We really wanted to take the opportunity to stay at Point Ranch Inn or Ventana Big Sur but unfortunately they did not have any rooms available on the nights we wanted. 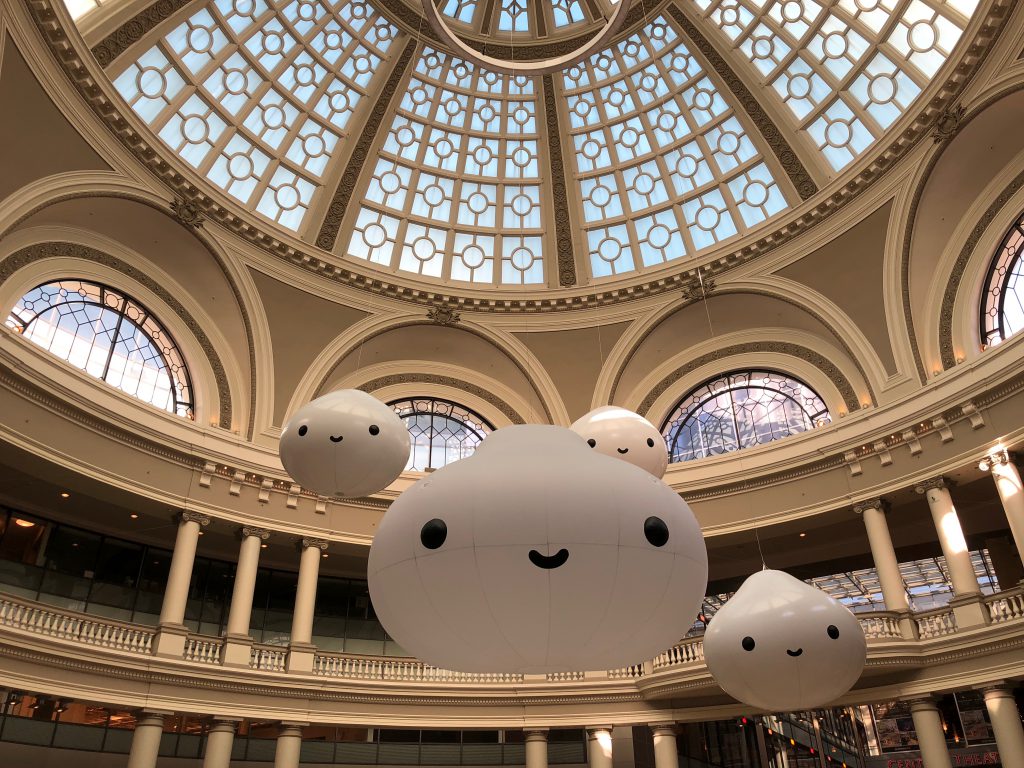 Had to stop by the installation, Into the Clouds by FriendsWithYou at Westfield SF Centre.

We had to stay close to Napa for our last night since we had to pick Milo up from his away camp the next morning. We played with the idea to stay at Napa/Sonoma/St. Helena area the whole trip but we couldn’t find much activities to do for that many days. Finally we decided to stay 2 nights 2 days in the city and our last day in Napa. It turned out to be a perfect combo. We made dinner plans with our friends each night and during the day we shopped and visited all our favorite eatery and just walked around the city (walking around is so nice with no kids). 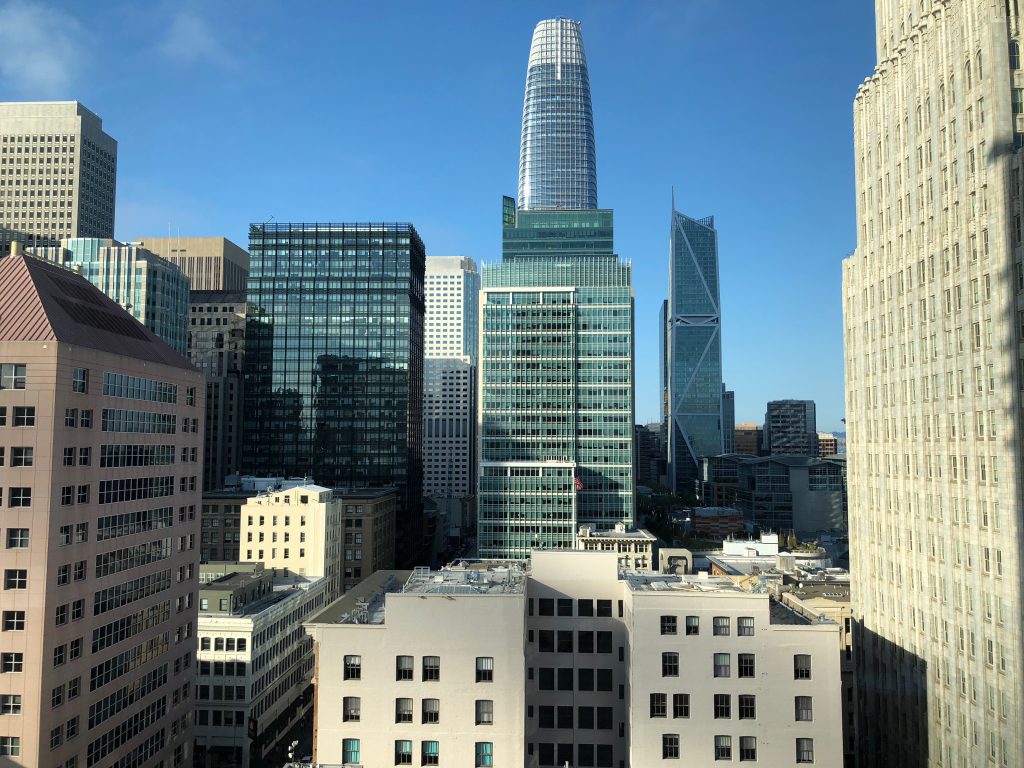 Our view from our St. Regis room. 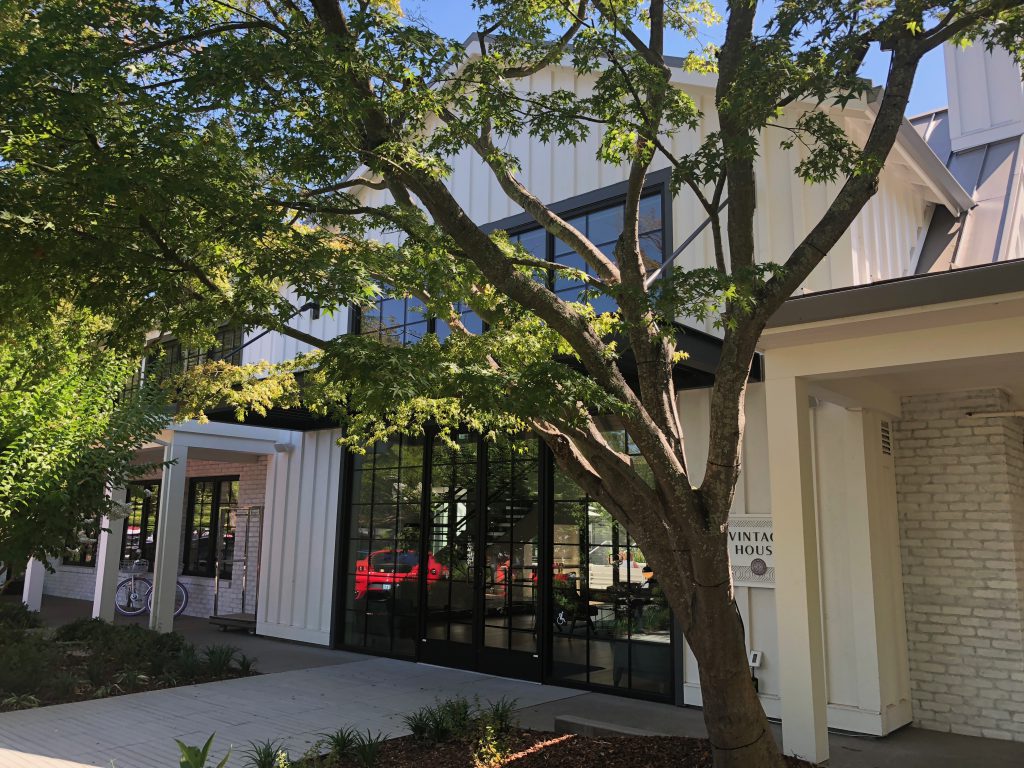 We ended up staying at the St. Regis again for our city part and we stayed at the Vintage House at Yountville. Both places were great and very convenient location. 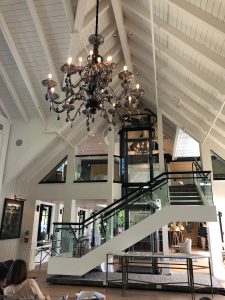 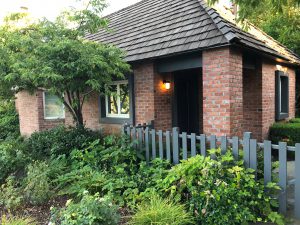 It was our first time staying at the Vintage House and the location was amazing, walking distance to Yountville and we got ourself a little bungalow which was a very nice experience. We even put down Vintage House as a place that would be good to stay with our kids. 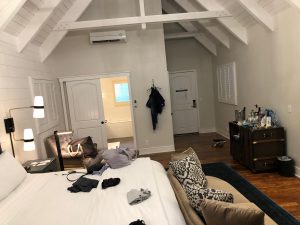 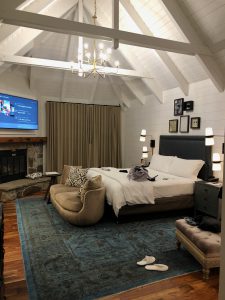 I am already thinking where we could go next time when we get a chance to do a little getaway sans kids.

Happy weekend everyone. Its going to be a wet St. Patrick’s Day weekend and we need to figure out what to do that does not involve too much going outside with our little ones. Maybe visiting with friends and watching some Hayao Miyazaki movies, baking green cupcakes/cookies, splashing in the rain, playing superheroes, and of course celebrating St. Patrick’s Day.

The show was SUPER AWSUM guys. I am so glad that we went and I am looking forward to our second date with Yo Gabba Gabba (minus the crazee accessible seating drama of course) when they come back to SF Bay Area again. Milo and Matilda had so much fun. Little Matilda seriously was rocking out the whole time on my lap. She is only 10 months old but she was dancing and waving her arms during the whole show. Milo still talks about the show and he likes to tell strangers that he went to see a big Yo Gabba Gabba concert and how they all came out of the box on stage. We get our daily dose of Yo Gabba Gabba on our boom box and we shake our sillies out.

Thank you YGG, you surely rock my kiddies world (and mine too). Please come back soon because we want to see you again.

1. Waiting for the show to start. 2. It was very exciting to see the whole gang and they shot out all these confettis. 3. Yacht (band) rocking out but the kids weren’t sure what’s going on.

4. YGG dancing with Ms. Leslie Hall 5. I love the bug costumes. 6. The centipede costume reminds me of No Face character from Spirited Away.

7. There’s a Party in my Tummy. 8. Biz Markie rocked the stage. Parents were cheering like crazee for him. 9. I enjoyed all the backdrop illustrations.

10. Weather theme confettis being shot out at the audience. 11. One final dance with Ms. Leslie Hall. 12. It’s time to say goodbye!

We headed to the party after the show. It was a room where we could meet the characters and balloons were all over the floor for the kids to play with. We were told that we could get a chance for hassle free merchandise shopping but guess what guys???!! The selection were so limited. It was NOTHING like what we saw at the main floor and it was so disappointing because we wanted to get stuff for the little ones but we waited thinking we could get the same stuff at the party!!! Milo was all prepared to shop for some YGG stuff and when I told him that we couldn’t, he kept telling me let’s to the party and get it. But he had so much fun meeting all the characters that he forgot about it. Now, I need to figure out where I can get those shirts I saw. We got the Muno shoes for him already.

Milo was SO excited to meet all his Yo Gabba Gabba friends.

Milo decided to get more dancing out of his system and then we ended our night with a quick story time with DJ Lance Rock and Ms. Leslie Hall.

Christmas came early for my kids. The people at Yo Gabba Gabba read my post about my difficulties getting accessible seating tickets to their show and decided to send an amazing goody bag to my kids. It was truly a wonderful surprise for them and for me too. We had no idea especially since it was not Yo Gabba Gabba that did damages to the ticketing process.

Milo was ecstatic when we had him open up the package. He was not sure what was going on and why he was getting all these goodies for no reason. We blasted the CDs and danced around ever since. He would hang all the little characters around his fingers and pretend they are dancing with him. Matilda has been trying to get her hands on them but no luck yet since Milo has claimed them for himself.

We cannot wait for the show this Saturday because that’s when the party is coming to a city near us. YOOOOOOO GABBA GABBA!

Dear Ms. Tricia Olson: You are too cool and so awsum. Thank you thank you. You made my kids so happy and made us so happy because they are so happy. bestbest+jollypop to you + YGG.

ive been away since last week and i had the bestest bestest long weekend EVER because i was there for reason of LOVE (i.e. wedding of my superbff couple) AND i got to see all my closest oldest friend and theres nothing better. IT WAS TOO GOOD. and so sad when i had to say bye.

P.S. damn you planet earth for being so big and separating us all over.

i had an awsum weekend. i threw my very first bridal shower for my girl and we had tons of girlie fun. BUT what made it so special was seeing her ever so aswum dress. she looked AMAZING of course (her booties were screaming yeah look at me you know you are jealous). she was SOOOOO ridiculously thrilled with the dress that it took awhile before she took it off. that day made my weekend. SO happy to see her so happy and so in love.(oh. i am such a sucker for romance and seeing people in love. it makes me superly happy which explains why i love those cheezy movies that i see on the plane. damn you cheezy movies but i admit that i love it and i am not afraid to say it.
cant wait til the final real day. (oh! i am getting so gitty happy just thinking about it.) 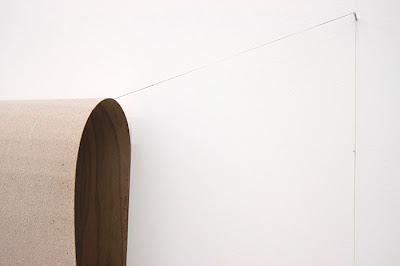 hello all you SF peeps: if you like to see things, you must go to my super bff mitzi’s solo show at Ratio 3 tomorrow night. you wont regret it. trust me. see you all there.